Days Of Plenty Are Gone; Get Ready For Bumps Ahead 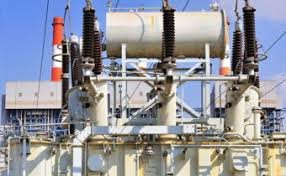 Not long ago Bangladesh attained the status of a middle income country. This meant the country’s graduation from a least developed country to become a developing country. When the UN approved the graduation Bangladeshis cheered. They cheered when Bangladesh foreign exchange reserve topped $46 billion even during the hard days of pandemic. Jubilation was all around when on June 25 Prime Minister Sheikh Hasina officially declared the opening of iconic Padma Bridge to vehicular traffic. The bridge, considered more than a structure of concrete, cement, iron and steel, has opened the windows of development of the less developed southern region. The opening of the bridge came weeks after Bangladesh earned another milestone in its journey towards prosperity: the 100% electrification of the country. Let there be light in every house of the country. Hasina’s dream of achieving this feat has been achieved with a bang.

A grateful Bangladesh cheered Bravo to her. Under her leadership Bangladesh has well been on the highway of development. The world took notice of it. But just when the nation prepares for the next party there come the bad tidings: the declining foreign exchange reserves drop below $40 billion amid falling value of Bangladesh currency against the greenback, which has recently been going robust; shortage of electricity-generating fuel as Bangladesh halts spot purchase of liquid natural gas or LNG because of abnormally high price; the Russia-Ukraine war further compounding the global energy crisis and the US-led sanctions on Mosow in punishment for starting the war and in doing so punishing the whole world, especially the pandemic-hit economies of the country like ours.

It is at this stage when Bangladeshis are once again jerked back to a different reality. The soaring prices of the essentials are still going high, the import income of the nation falling far behind the export earnings increasing the current account deficit and causing concern among the policy makers, businesspeople and economists. An unannounced return of load-shedding exposing the ills of the energy sector has been greeted with critical remarks about the government’s wrong policies. Bangladeshis, who have been given the idea that they are living amid plenty, are suddenly told that they need to tighten the belt of spending as more hard days are coming. At a time the when the monsoon is thirsting for rains, Bangladeshis are already confronted with rainy days as they are earning far less than their spending on the essentials to survive. The situation has brought back the old urgings from the policy makers: it’s time to be austere in everything we buy, use and consume. The time of plain living and high thinking has arrived at our doorsteps. Save more and consume less. Buy less and save more. What you save today, that will be your means of survival for tomorrow. The bell of alarm (if not panic) has been set off by no other than the policy makers. Listen guys, don’t take as guaranteed an uninterrupted supply of electricity and gas; don’t think the prices of some of the essentials will stay stable even if we try our best; and don’t think we have plenty in everything. From high-level emergency meetings that discussed the volatility of the situation came a slew a measures that can be taken to cut down on the consumption of electricity and gas. Limited area-wise shutdown has been suggested; re-scheduling the office hours to save electricity is on the table and what is frightening to consumers is that they may again see a hike in the prices of the fuel. The domestic users have to suffer. But more damaging to the economy would be the blow to the country’s industries struggling to recover from the pandemic shocks.

After the celebration of Eid-ul-Azha, the festival of sacrificing animals in the name of Allah, Bangladesh is back in business. This time the road to business will be as bumpy as never before in recent times. Let’s tighten our belt to make more sacrifices.