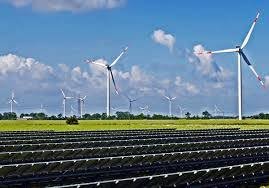 Wind-solar hybrid is fast emerging as a viable new renewable energy system in India, according to the report by Ieefa and JMK Research.

The total wind-solar hybrid capacity in India could increase by almost 80 times from currently only 148 MW to 11.6 GW by 2023, according to a new report by the Institute for Energy Economics and Financial Analysis (Ieefa) and JMK Research.

The estimate is based on the tenders allotted under various central and state schemes. The Solar Energy Corporation of India (SECI) has so far tendered a total of 12,860 MW hybrid capacity (with and without storage), of which 4,290 MW has already been auctioned.

The report noted that combining wind and solar results in a capacity utilization factor of 35-50% compared to standalone solar’s 16-20% and standalone wind’s 20-26%.

Given the benefits of such systems, the government is now planning to hold renewable energy auctions for round-the-clock and hybrid projects instead of plain solar or wind tenders.