Ukraine Battles to Reconnect Millions in the Cold and Dark 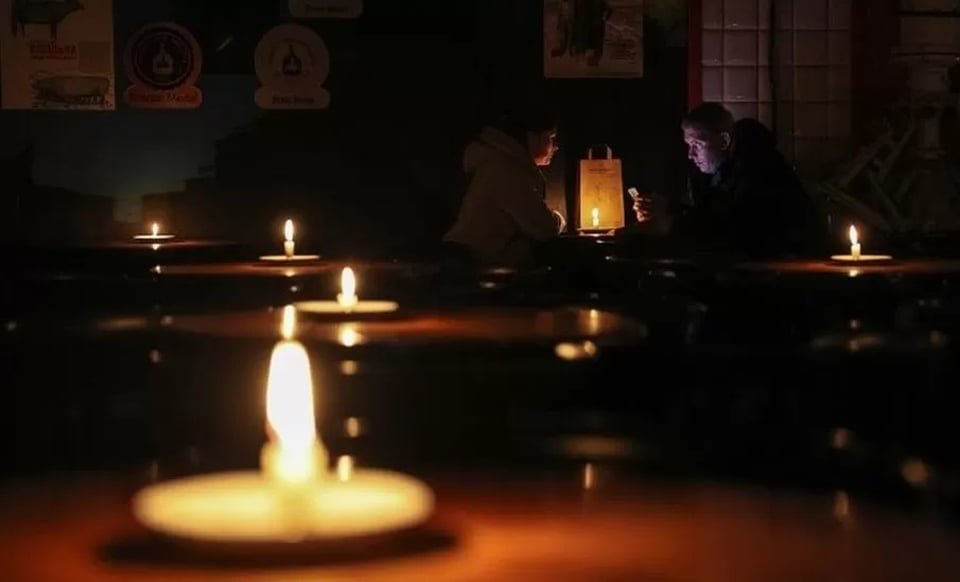 KYIV, Ukraine, Nov 25, 2022 (BSS/AFP) - Ukraine battled Friday to get water and power to millions of people cut off after Russia launched dozens of cruise missiles that battered the country's already crippled electricity grid.

The energy system in Ukraine is on the brink of collapse and millions have endured emergency blackouts over recent weeks.

The World Health Organization has warned of "life-threatening" consequences and estimated that millions could leave their homes as a result.

"The situation with electricity remains difficult in almost all regions," Ukrainian President Volodymyr Zelensky said on Thursday evening. "However, we are gradually moving away from blackouts -- every hour we return power to new consumers."

But the shelling had killed seven people at Vyshgorod, on the outskirts of the city, said Oleksiy Kuleba, head of the Kyiv Regional Military Administration.

And a fresh round of strikes Thursday killed at least four people in the southern city of Kherson, recently recaptured by Ukraine, said a senior official there.

The latest attacks on the power grid come with winter setting in and temperatures in the capital hovering just above freezing.

The western region of Khmelnytsky was one of the worst affected by power outages, with just 35 percent of its normal capacity, but that was enough to connect critical infrastructure, according to Serhii Hamaliy, the head of the regional administration.

About 300,000 residents in the eastern Kharkiv region, near the border with Russia, were still without power on Thursday evening, but electricity supply had been restored for nearly 70 percent of consumers, said Oleh Synehubov of the regional military administration.

"Believe me, it was very difficult."

Ukraine accused Russian forces of launching around 70 cruise missiles as well as drones in attacks that left 10 dead and around 50 wounded.

But Russia's defence ministry denied striking any targets inside Kyiv, insisting that Ukrainian and foreign air defence systems had caused the damage.

"Not a single strike was made on targets within the city of Kyiv," it said.

Moscow is targeting power facilities in an apparent effort to force capitulation after nine months of war that has seen its forces fail in most of their stated territorial objectives.

"The way they fight and target civil infrastructure, it can cause nothing but fury," said Oleksiy Yakovlenko, chief administrator at a hospital in Ukraine's eastern city of Kramatorsk.

Despite the increasingly frequent blackouts, Yakovlenko said his resolve was unwavering.

"If they expect us to fall on our knees and crawl to them it won't happen," Yakovlenko told AFP.

Russian troops have suffered a string of battlefield defeats.

Ukraine's recapture of Kherson meant a withdrawal from the only regional capital Russia had captured, Moscow's troops destroying key infrastructure as they retreated.

On Thursday, Yaroslav Yanushevych, head of the Kherson military administration, said Russian strikes there had killed at least four people.

"The Russian invaders opened fire on a residential area with multiple rocket launchers. A large building caught fire," he said on Telegram.

Ukraine prosecutors also said Thursday that the authorities had discovered a total of nine torture sites used by the Russians in Kherson, as well as "the bodies of 432 killed civilians".

Wednesday's attacks disconnected three Ukrainian nuclear plants automatically from the national grid and triggered blackouts in neighbouring Moldova, where the energy network is linked to Ukraine.

All three nuclear facilities had been reconnected by Thursday morning, said the energy ministry.

Power was nearly entirely back online in ex-Soviet Moldova, where its pro-European president Maia Sandu convened a special meeting of her security council.

The Kremlin said Ukraine was ultimately responsible for the fallout from the strikes and that Kyiv could end the strikes by acquiescing to Russian demands.

Ukraine "has every opportunity to settle the situation, to fulfil Russia's demands and as a result, end all possible suffering of the civilian population," spokesman Dmitry Peskov said.

Zelensky said Ukraine's forces were "preparing to advance" in some areas.

"Almost every hour I receive reports of occupiers' attacks on Kherson and other communities of the region," he said.

"Such terror began immediately after the Russian army was forced to flee from Kherson region. This is the revenge of those who lost."

The Ukrainian leader struck an optimistic tone at the end of his nightly address.

"We have withstood nine months of full-scale war, and Russia has not found a way to break us."