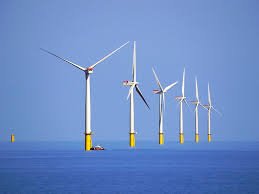 As part of three webinars on Asia / Australia, Europe / MENA / Africa and America, experts from around the world presented the status of wind power in their countries during the year 2020, and in particular in light of the impact of the global Covid-19 pandemic.

Overall the speakers, almost without exception, confirmed that the pandemic is having an impact on developments and on new installations this year, and that there are many delays in different phases of project implementation.

The delays are mainly caused by interruptions of international supply chains, non-availability of the workforce due to hygienic rules but also due to permission procedures which take longer than usual.

While many markets will see delays caused by the pandemic, some markets remain hardly affected. However, also other factors like the switch to auctions are having a negative impact on markets, as they lead to reduction of number of investors and in several cases the offered volume has been undersubscribed.

While, for example, the markets in Germany, India, Italy and Brazil are under pressure caused by auctions, the direct marketing of wind power is becoming more and more important.

For example in Brazil, as a significantly higher return can be obtained through direct power purchase agreements than in the national electricity auctions. In general, the concept of direct marketing and self-consumption is getting more relevant in many parts of the world, also beyond wind power.

While feed-in tariffs are under pressure and auctions lead to problems amongst investors, such new forms of direct marketing and self-consumption may become major drivers, as the example of Brazil is showing.