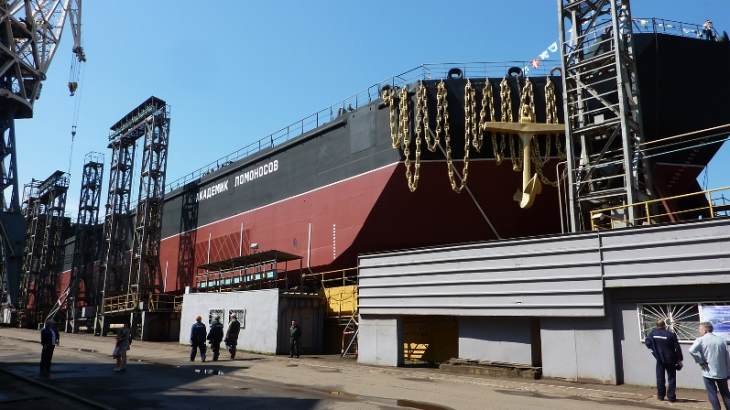 The world’s first and only floating nuclear power plant ‘Akademik Lomonosov’ is poised to begin commercial operations in Russia. The plant's two KLT-40 reactors were successfully brought up to 100% capacity on 31 March. A series of tests confirmed the operational stability of the main and auxiliary equipment of the plant, as well as the automatic process control systems.

Andrei Petrov, Director General of Rosatom’s energy division Rosenergoatom, informed that based on the test results, an acceptance certificate now be issued for the floating plant by the regulatory authority and an operating license is expected to be granted in July.

Onshore and hydraulic structures for the floating plant, as well as transmission infrastructure to supply electricity to the local grid and heat to the city’s heating network, are scheduled to be completed by the end of this year.

The unit is scheduled to be towed to the Russian port of Pevek in the summer, where it will operate as a floating nuclear power plant, replacing a traditional nuclear plant, Bilibino, and a Comined Heat and Power plant, Chaunskaya. It is expected to be connected to the grid in December.

Akademik Lomonosov is 144 meters in length, 30 meters wide and has a displacement of 21,000 tonnes.