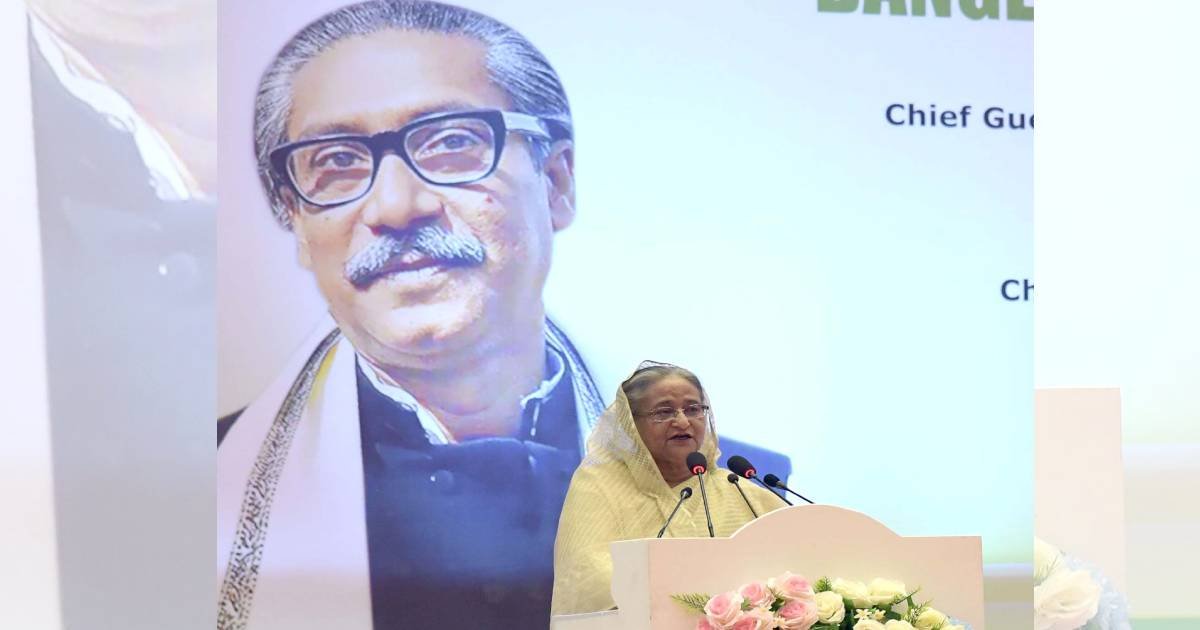 "We formulate various programs over the climate change issue…we receive many pledges, but no-one fulfills those like the way they pledged," she said.

Economic Relations Division (ERD) under the Ministry of Finance is organizing the BDF which is a high-level multi-stakeholder participatory forum, periodically hosted by the ERD, providing a platform for effective dialogues among development partners, national and international NGOs, development think tanks, development practitioners, leaders from business and industry.

The Prime Minister said Bangladesh government has formed a Trust Fund in this regard to face the challenges of the climate change as the developed countries and development partners are not fulfilling their pledges properly. "We’ve formed the Fund with our own money. We received very little money as assistance."

"More assistance is needed.[Not only] Bangladesh, [but also] the small islands and other countries which will be affected due to climate change, will need this assistance."

The Prime Minister said the government has formulated the Delta Plan 2100 to save Bangladesh from climate change effects and started implementing it.

She also said the development partners, who are rather giving too many conditions, should come forward to help in those areas where Bangladesh has started moving forward and advance the country properly.

The Prime Minister also urged the development partners to come forward in implementing various long-term plans of the government to ensure sustainable development of the country.

Hasina said the government is implementing various plans, including 5 and 10 years ones as well as other long-term plans since it came to power with Vision 2021 declared in 2008.

As a result, Bangladesh witnessed desired development for which it has been recognized as a developing country, she said.

The Prime Minister pointed out the 20-year long perspective plan for the next 2021-2041 period and sought cooperation of the development partners to implement it.

She said appropriate planning and political decisions are key factors to achieve desired development of the country.

Hasina highlighted the success stories of her government in advancing the country for the over one decade, and said it is not a magic, rather the time based various plans and political decisions are the key factors in this regard.

Pointing out the tragic 15th August carnage, the Prime Minister said the continuation of democracy was obstructed after the brutal assassination of the Father of the Nation in 1975.

As a result, she said, Bangladesh could not advance towards desired development and prosperity. “No nation can achieve development without political commitment.’

The Prime Minister also highlighted her government’s steps taken for the development of country’s education, health, communications and other sectors.

Hasina said steps have been taken to strengthen river, road, rail and air communications further, while the rivers of the country are being dredged in phases to increase navigability.

Besides, the government has also been working to ensure all basics urban facilities in villages to improve the living standard of the commoners, she said.

The Prime Minister expressed her firm optimism that Bangladesh would be the most developed and prosperous country in South Asia.