2021 is Just Gone, Let Us Welcome the New Year with Robust Hope 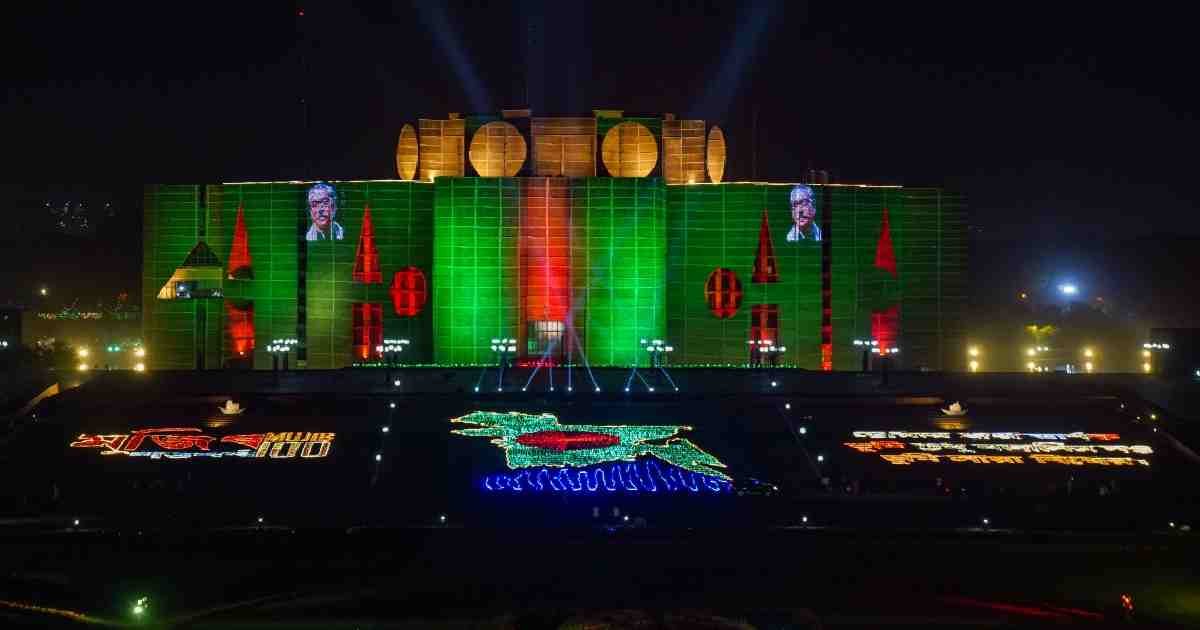 As we step into yet another new year in English calendar it will be unfair if we fail to say a fitting farewell to the just-gone year of 2021. The year had witnessed the world, including Bangladesh, to wage a grim battle against the raging Covid-19 pandemic. The pandemic claimed tens of thousands of people worldwide, including over 28,000 in Bangladesh. While the brutal pandemic is still sweeping the world with its new variant Omicron the experience of the past year will sure guide us to combat the deadly virus. Bangladesh, meanwhile, prides in doing relatively well in its handling of the crisis despite chaos and some setbacks. As the Omicron variety, which scientists say spread quicker than its preceding cousins, has made its entry into our country it will be wise for the health ministry to take enough preparation to face it and not to relax in any way.

Pandemic apart Bangladesh has a special reason to remember the year 2021 for long. This had been the year when we celebrated the 50 years of our independence from Pakistan in a bloody nine-month war against Pakistan. In the last month of the year on Dec. 16 we celebrated the V-day marking the surrender of 93,000 soldiers of Pakistan to the Bangladesh Liberation Army and the Indian forces, which came to our aid in freeing us from the clutches of the Pakistani exploiters and oppressors. It had also been the year when we celebrated the extended birth centenary of Father of the Nation Bangabandhu Sheikh Mujibur Rahman. The celebration will roll into the incoming year when on March 17, the birth day of the great leader, is set to celebrated in a grand way.

In 2021, Bangladesh formally gained the status of a developing nation (it will be effective from 2026 at the request of Dhaka for preparations) after the United Nations confirmed that the country, under the leadership of Prime Minister Sheikh, achieved all three criteria for the elevation. With this historic success Bangladesh fittingly rebuffed those who predicted at its birth half a century ago it will not survive as a nation. A country of the then-population of 75 million had faced severe food crisis in its initial years. Now the same country with a population of 160 million grows enough food grains ensuring that no one lives in hunger. Starting amid the ruins left by the 1971 war Bangladesh today is one of the rapid growing economies of the world and its record of fastest growth in the South Asia despite pandemic is being discussed as an emerging economic powerhouse in South Asia. Now the world’s 45th largest economy Bangladesh is well on track to be the 25th biggest global economy by 2041.

What a wonderful year the 2021 had been! Yet we carry over some bitter memories of the year. In October when the minority Hindu community was celebrating Durga Puja, their largest religious festival, communal elements unleashed a wave of violence. This unhappy incident pained us more as never before the celebration of the puja had come under such attacks in largely secular Bangladesh. Sadly, it caused some tension across the border which was brought under control by the wise leadership of the two friendly nations.

The year 2021 had unfortunately witnessed misuse and abuse of the much-debated Digital Security Act that had largely been used as a tool to harass the critics of government. Journalists had been a badly affected by it. It remains as a threat to freedom of expression, speech and free media, even though government ministers repeatedly insist that it is not aimed at curbing free press and freedom of expression. Thankfully, according to Law Minister Ansul Huq DSA is now under review to ensure that it can’t be abused by law enforcers. Last but not the least we could have been happy but for the US sanctions against Rab and seven of its current and former officers.

Let the New Year wipes away all the failures of the past year so we begin with a new zeal and stronger optimism. We shall win for sure.