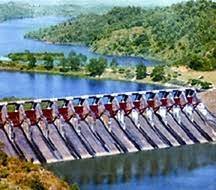 Power generation in all five units of the lone hydel power station of the country at Kaptai Lake will have to be suspended, if the drought continues for a week.

Presently only one unit is running at the lowest water level in the lake.

Officials said the water level of Kaptai Lake was 74 MSL (Mean Sea Level) recently but it was supposed to remain at 78 MSL.

The water level of the lake is dropping alarmingly due to drought in the area. He said the generation of other four units had been suspended due to drop in water level.

The unit number one will run till 70 MSL, he said. If drought continues for a week, the water level will decline to 70 MSL forcing the operation of the unit-1 to be suspended.