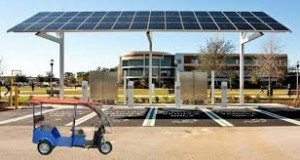 Commercial solar charging system has started gaining popularity as many people are getting benefits from the modern system in the region including its vast Barind tract for the last couple of years.

In line with the system, success has been attained in the solar charging system installed around two and half years back here experimentally aims at lessening the gradually mounting pressure on electricity.

Auto-rickshaws are being given charges at a cost-effective rate through the solar charging system creating hope among the auto-rickshaw drivers and owners in Damkura area under Paba Upazila in the district.

Launched as a model the project has been meeting up power deficits side by side generating hope among the public in general.

Apart from charging auto-rickshaw, the solar system has also operated an auto-rice mill that also created a positive impact among the surrounding people in Chabbishnagar area under Godagari Upazila.