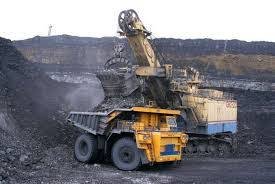 Coal continues to be a key in India's growth story as solar power is not as economical as coal-fired electricity till affordable storage of power comes in a major way, CIL has said.

The company's argument came in the wake of a debate on the viability of coal-fired power, when solar energy is gaining momentum as it is environment friendly and considered economical.

It can be seen from a typical load curve in India that peak demand is post-5 pm and coal-based power caters to that load, Coal India Limited (CIL) Chairman Pramod Agarwal said in a recent presentation to investors.

Coal-based electricity will continue to do so till affordable storage of power comes in a major scale, he said.

"The effective cost of renewable energy is still high due to the intermittency versus variable cost of thermal power. As fixed cost is already incurred and is sunk, better comparison is to look at fuel cost," he said.

CIL remained optimistic about the future of the dry fuel and said that its 110 ongoing projects with peak capacity of 750 million tonne are under implementation.

Altogether 18 mining projects that have been cleared by CIL in FY20 have a rated capacity of 132.04 million tonne a year and sanctioned capex of Rs 21,245 crore.