Does Negative Price of Crude Oil Make Money for Traders? 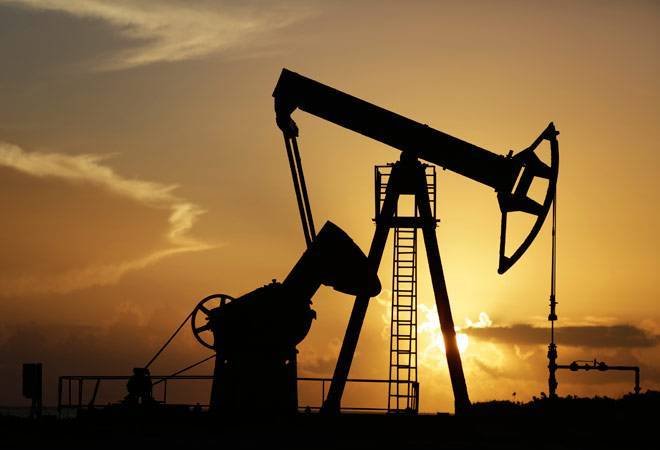 The unthinkable drop in global gasoline consumption in recent weeks due to stay-at-home orders during the COVID-19 outbreak has pushed down both oil and gasoline prices due to excess supplies. Other than the space needed to store that excess supply is running short, which is part of what led to the negative oil price in USA on April 22, 2020.

The price of US benchmarked crude that would be delivered in May was selling around $15 a barrel on April 22 morning, but it fell negative around -$40 per barrel during the day. The price reflects to be closer to the “true” price of crude oil. It was the first time futures contract price of oil has gone negative for the petroleum industries.

Does it mean, filling station is ready to fill up the gasoline tank at free of cost? What would be the impact on downstream petroleum segment? Or, will Asian market price drop soon?

The crude oil found underground is a mixture of water, sand, salt and natural gas.
Searching and finding underground oil reservoirs and drilling wells are risky, complicated and expensive activities. The cost of drilling an exploratory oil well can vary between $1 million to $35 million. The average time required to discover, production and market oil is between 3 and 10 years.

The downstream sector is involved with purifying crude oil and refining it into different products. The transportation and marketing of crude oil and its products are also involved in this group.

Generally, the price of crude oil refers to the commodity spot price of a barrel (159 Ltr) of benchmark crude price for traders. The price differences of a barrel of crude oil based on its grade, which is determined by its specific gravity (density of crude oil at 20 C /density of water at 4 C) or API (American Petroleum Institute) gravity [(141.5/SG)-131.5], oil is lighter and floats on water if API gravity is greater than 10 and oil is heavier and sink if less than 10; sulfur content of oil and the location of oil field to refinery. Heavier, sour crude oils are less expensive than lighter, sweeter oil i.e. the price also may vary with its mixture of hydrocarbons, color, composition and consistency.

Crude oil can be classified as either souror sweet, depending on the amount of sulphur contains. Oil with a high sulphur content (>0.5% wt) is considered sour. Sweet crude oil (<0.5% wt), has low amounts of sulphur compounds and price also higher.

Benchmarking of oils defined based on few common type of crude oil to determine the value of other crude oils.

Brent Blend is ablend of several crude oils from fields in the North Sea region, which is located above Germany and the United Kingdom. The price of oil Africa, Europe and the Middle East tends to be based on this oil. Dubai/Oman crude is used as a benchmark for Middle East sour crude oil; flowing to the Asia-Pacific region. Tapis Crude oil is produced in Malaysia that is used as a reference for light oil from East Asia. West Texas Intermediate (WTI) is a very high-quality, sweet, light oil produced in North America.

Commodity spot prices and futures prices are each quotes for a sales contract, but the agreement between the buyer and the seller differs; the spot price is the current quote for instant buying, payment, and delivery of a specific commodity. The futures price is an offer for a commodity and financial transaction will occur later. The current negative price is the talk of the world now based on the commodity futures price. Basis is used by commodities’ traders to determine the best time to buy or sell a commodity product. Trader’s takes the decision for buying or selling based on whether the basis is strengthening or weakening.

The Organization of the Petroleum Exporting Countries plus (OPEC+) controls over 50 percent of the global oil supplies and about 90 percent of the proven oil reserves. OPEC has total of 13 member countries including Iran, Iraq, Kuwait, Saudi Arabia and Venezuela, Libya, the United Arab Emirates, Algeria, Nigeria, Ecuador, Angola, Equatorial Guinea and Congo and the world’s major 10 non-OPEC oil-exporting nations.

There are complicated factors of the process of crude oil such as the geological complexity, or tax burden. The total cost of oil production varies considerably in different countries. In Saudi Arabia, the total cost of one barrel of oil is less than global other; the price of production including taxes, administrative and transportation costs is around $8.98/ bbl. Countries with the lowest total cost of oil production are Iran and Iraq with $9.09/bbl and $10.57/bbl approx.., respectively. In Venezuela, it has a total cost of oil of $28.99. For the South American country, the production process is complicated by the fact that the vast majority of Venezuelan oil deposits are represented by extra heavy oil, which production cost is higher. The US non-shale is around 20.99/bbl and US-shale around 23.35/bbl.

The price currently reflects the May contract, which will expire on April 22 of 2020, rather than the June contract is currently sighted the bulk of the trading. The WTI contracts for future delivery have traded at much higher prices than the front-month May contracts. The upward slope of price for later months is known as contango. It highlights that the shortage of crude in recent weeks as the coronavirus causes devastation on global demand for oil.

Negative prices means producer or someone with a long position in oil would have to pay trader to take oil off of their hands to store. The main concern is the expiration of the May contract. There would be nowhere to store as a surplus of crude already fills up available storage.

Earlier in April, OPEC and its allies are agreed to cut production by 9.7 million barrels per day, it’s about 10% of current global production. But it’s realizable that the deal didn't go far enough to control huge oversupply.

Venezuela is the top largest oil reserves estimated at 300.9 billion barrels in the world for today. Besides, other top three includes Saudi Arabia 266.5 billion barrels and Canada 169.7 billion barrels. However, the record reserves of oil do not always agree understanding the potential benefits as much as possible.

The crude is not the best predictor of retail gasoline price. Instead, wholesale gasoline prices are determined by the contract of gas stations that will pay, although future prices factored into the contract on basis in USA. It is remembered that the crude oil prices only have an indirect impact on the retail price for gasoline and other downstream products.

Naturally when oil prices fall, gasoline prices fall and that benefits go to the consumers. "Oil prices are falling now due to less driving vehicles and industries as an impact of the COVID-19. So, it’s difficult for anyone to take advantage of lower gasoline prices if the situation does not improve to its normal, we have to wait for next 6-7 months for observing all over the benefits of petroleum products. But, today, only gasoline and gas marketing companies may go for benefit purchase, but remember the storage facility and marketing. Otherwise, all benefits will be consumed through managing ship or storing.