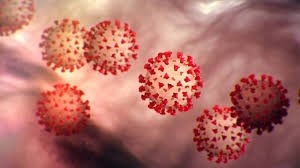 Economic shock waves from the coronavirus outbreak have curbed carbon pollution from China and beyond, but hopes for climate benefits from the slowdown are likely to be dashed quickly, experts say.

As governments prepare to spend their way out of the crisis, including with large infrastructure projects, global warming concerns will be little more than an afterthought, dwarfed by a drive to prop up a stuttering world economy, they say.

Preparations for a make-or-break climate summit in November are already off track, with host Britain focused on its Brexit transition, and the challenge to its health system of the gathering epidemic.

In the four weeks up to March 1, China's discharge of CO2 fell 200 million tonnes, or 25 percent, compared to the same period last year, according to the Centre for Research on Energy and Clean Air (CREA) -- equivalent to annual CO2 emissions from Argentina, Egypt or Vietnam.

As the country's economy slowed to a crawl, coal consumption at power plants in China declined by 36 percent, and the use of oil at refineries by nearly as much.

Other major economies are bound to sputter too.