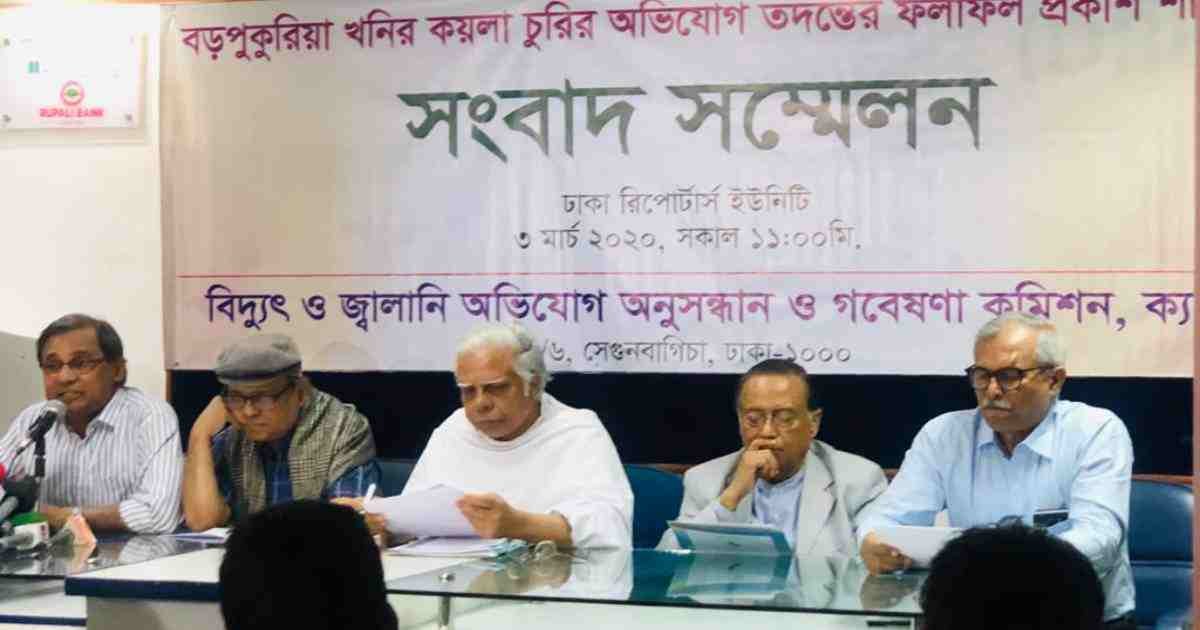 An investigation commission of Consumers Association of Bangladesh (CAB) recently claimed that the actual quantity of stolen coal from the Barapukuria Coal Mine was 5.48 lath tons higher than what was estimated by the Anti-corruption Commission (ACC).

The CAB investigation commission disclosed its finding at a press conference at Dhaka Reporters Unity (DRU) in the city.

They said they have covered all the aspects of coal extraction and delivery during the period between 2005 and 2018.

They said they checked all the documents and found that not only the 23 officials of Barapukuria Coal Mine Company, who were previously identified, but also many officials of Petrobangla and Energy Division and that of state-owned Bangladesh Power Development Board (BPDB) were involved in the pilferage.

Earlier, the Energy Division admitted that it has got 1.44 lakh tons of coal missing from its stock, prompting the ACC to file a case against 19 officials of Coal Mining Company and Petrobangla. The case is now pending for trial.