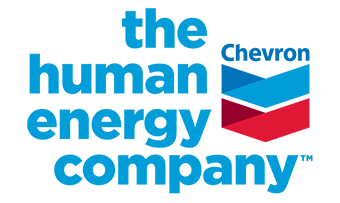 Sometime last year, perhaps almost at the end of last year, Chevron, one of the largest energy firms in the USA, said that it was planning to reduce the estimated or nominal value of its asset by about $11 billion in the fourth quarter. In January 2020, Chevron posted a $6.6 billion loss in the same quarter due to $10.4 billion worth of write-offs related to shale gas production in Appalachia and deep-water projects in the Gulf of Mexico.

Appalachia is a cultural region in the Eastern US that stretches from the Southern Tier of New York States to northern Alabama and Georgia. According to a report of Forbes, USGS estimated 214 trillion cubic feet of natural gas in Appalachian basin formations. It also said that Appalachian basin produces more natural gas than any OPEC country.

Just one month before i.e. in December 2019, the company warned that this change would be between $10 billion and $11 billion.

The company’s upstream operations in the USA lost $7.5 billion in the quarter, down from $964 million a year ago. That was primarily due to $8.2 billion in write-offs related to Appalachia and Gulf of Mexico operations, as well as lower crude and natural gas price. The amount that Chevron wrote down was as much as more than half of it from its Appalachia natural gas assets after a slump in prices.

There is a rumor that Chevron might consider to sell off its shale gas holdings. The US oil major also intended to sell off its share in the Kitimat liquefied natural gas project in Canada. This project is located at Canada’s British Columbia province. The firm is also planning to maintain this year’s capital budget at $20 billion, the third consecutive year it did not increase its expenditures.

US natural gas futures prices have slumped this year amid a supply glut, and are now averaging about $2.54 per million British thermal units. If it finishes the year at that level, it will be the lowest average price since 1999.

The move to write down Appalachian gas may put pressure on other producers in the region to follow Chevron. Chevron has tightened its belt as much as possible and its capital spending globally has halved since 2014. The action is a brain work of Mike Wirth, the chief executive officer, whose motivating slogan is only circled with capital discipline.

The excessive gas supply is particularly pronounced in North America where shale production is flooding local markets. Wirth said his decision to walk away from certain gas assets illustrates the company’s discipline in protecting shareholders’ interest.

“The best use of our capital is investing in our most advantaged assets,” Wirth said in a statement, available in company’s website. “With capital discipline and a conservative outlook comes the responsibility to make the tough choices necessary to deliver higher cash returns to our shareholders over the long term.”

The write down came as Chevron lowered its long term forecast for oil and gas prices which directly impacted the value of its assets. This decision would cost the entire market and reduce total S&P earnings by $1.32 though Chevron said that the aim of write-down was designed to seek to revalue some of its assets as commodity prices continue to falter.

“We regularly take a look at our long term outlook for commodity markets,” Wirth of Chevron said.

“As we do that, we also look at our assets and we evaluate which will deliver the highest returns on investments for our shareholders, and the assets in the Northeastern US, along with same in Canada and other parts of the world simply don’t compete as well for our investment dollar as others do.”

Chevron is the largest gas producer in Bangladesh – supplying about 58% of gas for consumption for the country from its three gas fields in the Northeast. Several thousands of people in and around Chevron’s areas of operations in these areas are being benefited through partnerships with the local community.

Earlier in 2017 Chevron planned to invest $400 million in the country’s gas sector. Last year Chevron expressed its willingness to carryout exploration study in some onshore blocks to find out new natural gas prospects which is essential for the country as excessive gas exploration from three gas fields, particularly from Bibiyana, is a point of great concern.

The proposal to carryout exploration study was the first working program in the country since October 2017, when it withdrew its decision to leave the country. But now a cloud of worries covered the whole scenario with the latest decision of write-down of its assets. New exploration is a must for Bangladesh as gas reserve is depleting fast.

Earlier Bangladesh’s junior minister for power and energy Nasrul Hamid said that gas fields in the country have begun to deplete, an indication that the gas resources of the country will be exhausted in 8 to 9 years.

So given the reality, we must look for more international oil companies to come forward for investment in this sector. We should not depend on Chevron only as it has been facing crisis.

Executive Editor of the AmCham Journal &