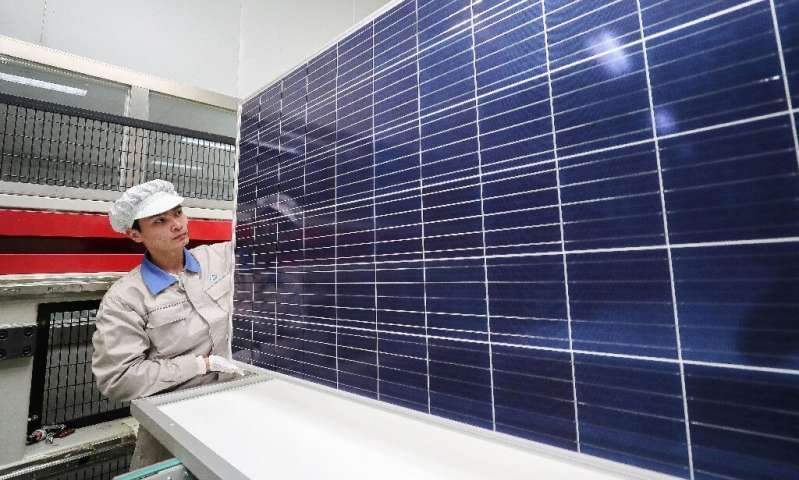 The trade restrictions were imposed by President Donald Trump's administration last year, part of a raft of measures initiated by Washington that have triggered a tit-for-tat tariff war between the world's top two economies.

China filed its first complaint on the solar panel tariffs at the WTO in August 2018, arguing that the so-called "safeguard measures" were an illegal attempt to protect US producers from foreign competition.

The WTO's decision to set up a dispute settlement panel was a procedural move that followed automatically from China's second request for arbitration.

But it comes at time of escalating tension between Washington and Beijing, some of which is centered on the WTO.

Trump, meanwhile, threatened to pull the US out of the body if conditions were not improved.

He has been especially critical of the terms granted China when it joined the organisation, including its developing nation status, which Washington argues helps shield China from the scrutiny it merits as a major economic powerhouse.